What One Event Makes Chicago So Special? 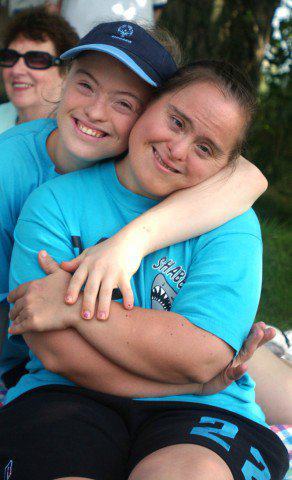 I’d like to introduce to you one of the most generous, motivated, and driven Chicago women that I have the pleasure of knowing, Jen Kramer. Jen has been raising money for the Special Olympics for 10 consecutive years as she and her team plunge into the shores of Lake Michigan every March for donations. She has personally raised close to $200,000 for the Special Olympics. She has the heart of gold, and is just one woman who is making a BIG difference. 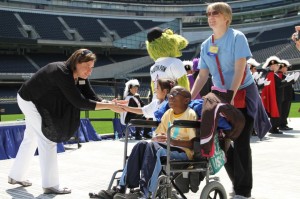 Touched by Jen’s unrelenting quest to help others, I reached out to her to learn more about why the Special Olympics hold such a dear place in her heart. “I grew up as an only child, and our next door neighbors had 5 children, their oldest was severely handicapped with profound special needs. Her name was Mary Catherine, and we were the same age. I spent a lot of time with their family, and a lot of time with Mary Catherine. What I learned from them was what laid the foundation for my love for children and adults with special needs. They showed me what it meant to be unconditionally accepting. They taught me how to love someone even when they can’t speak back to you and the importance being inclusive with people with special needs. I went on to be a coach through my high school and college days, got involved with Special Olympics Chicago through participating the Polar Plunge, and many years later found myself on the board.”

Jen has been on the board for Special Olympics Chicago for about 5 years and is currently the President. She has set the steep goal to personally raise $50,000 for this year’s Polar Plunge on March 3rd,which is $15,000 more than she raised last year. Jen finds it fun to inspire people to donate. She takes on fundraising as a second full-time job, and her team’s Plunge costumes are priceless! Special Olympics Chicago is hoping to raise $1,000,000 this year and have taken many strides to reach out to different celebrities, corporations and adventurous Chicagoans to get their support and participation! 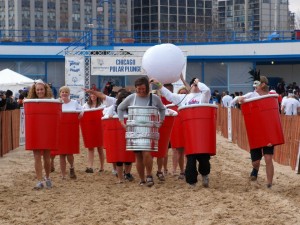 Jen’s Team Costumes, 2011. There is no limit to Jen’s creativity. 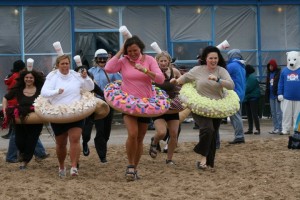 As Jen says, “I find not only are Special Olympic athletes inspiring and teach us something, but most importantly, remind us the importance of joy and inclusion for all people. They also remind us to be grateful for our able bodied children.”

The Active Moms’ Club is inspired by the courageous athletes who have the opportunity to compete in these Olympics and by Jen’s tenacity to take on such a big fundraising goal. Please help out and support Jen’s effort to raise $50,000. To make a donation, no matter how big or small, go to Jen’s donation page.  Every dollar really does count. 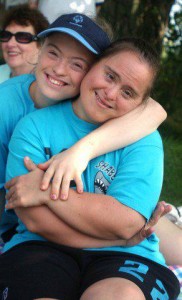