January 26 is Kawasaki Disease Awareness Day.  I‘ve never heard of this serious illness until a friend’s son was diagnosed with it in 2011. If we can enlighten and prevent at least one child from the long-term effects of this disease, we have succeeded.

Kawasaki disease (KD), also known as Kawasaki syndrome, is a serious illness characterized by inflammation of blood vessels throughout the body that primarily affects young children and infants. Kawasaki disease is the leading cause of acquired heart disease in children. Although about 80 percent of patients are under five years of age, older children and teenagers can also get KD, but this is uncommon. KD is more common in boys than girls, and the majority of cases are diagnosed in the winter and early spring. Effecting roughly 4,200 children in the U.S. each year, Kawasaki Disease is more prevalent among children of Asian and Pacific Island descent.

AMC mom and friend, Carolyn has identical twin boys and one of her sons was diagnosed with KD when he was just five months old, which is young. Carolyn became concerned when “Charlie held a fever for five days, had a rash on his trunk, and bright red lips.” After discussion with her pediatrician, Carolyn brought Charlie to Children’s Hospital where he “was diagnosed on day 6 after lab blood tests, urinalysis, and an echocardiogram showing inflammation ruled out other possible causes for his symptoms. He was in the hospital when he was diagnosed, so they were able to begin the intravenous immunoglobulin (IVIG) through IV almost immediately. The IVIG coupled with high doses of aspirin in the first two weeks worked to significantly reduce the inflammation and reduce risks of coronary artery damage.”

Kawasaki Disease does not currently have a diagnostic lab test. Doctors look for 4 of 6 common clinical features to confirm diagnosis:

The cause of Kawasaki Disease is not known, if undiagnosed the symptoms will usually go away (fever, rash, etc.), and the resulting heart damage will go untreated. Some clinicians believe undiagnosed KD could be related to some sudden student athlete deaths. 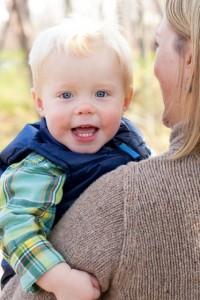 Fortunately for Charlie, he received early intervention and is being followed by the Kawasaki Team at Lurie Children’s Hospital in Chicago. “Charlie is now 21 months old and to date, his heart damage has not completely corrected, although Dr. Schulman assures me that this is not alarming.  When very young kids get Kawasaki Disease, the correction often takes place as they grow.”

To learn more about Kawasaki’s Disease or make a contribution for research, visit the KD non-profit organization, http://www.kdfoundation.org/